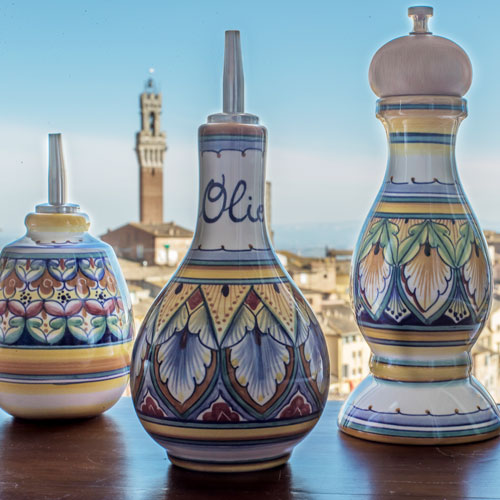 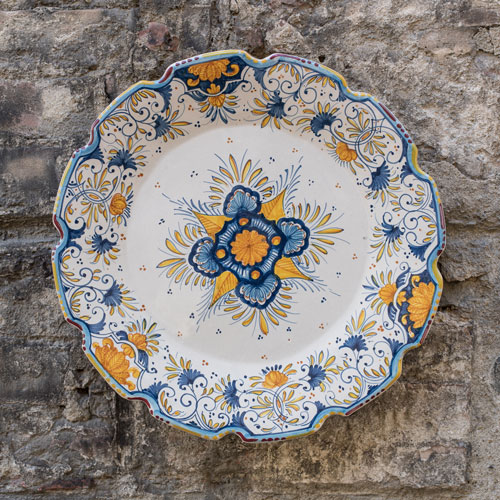 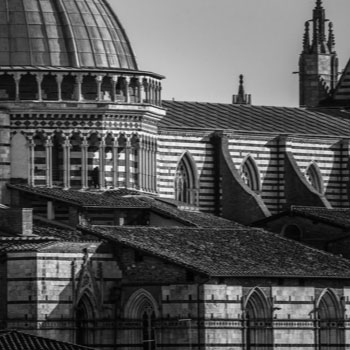 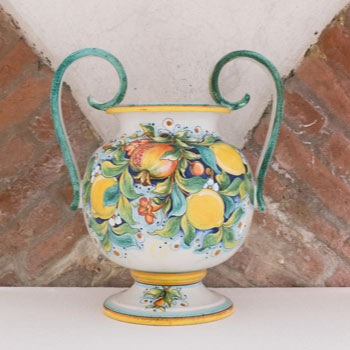 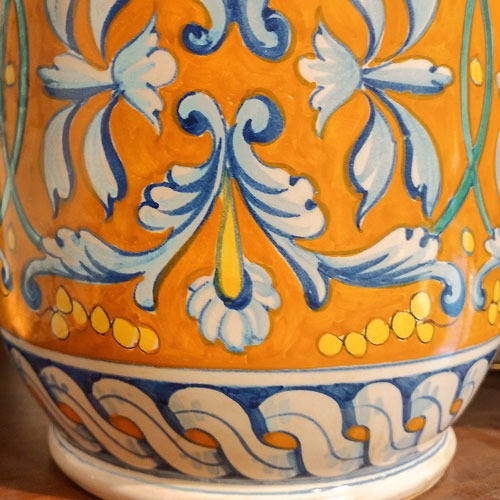 The tradition of ceramic in Siena

In the second half of the Twelfth Century, the development of the city and the consequent increase of the level of life concurred to the development and production of archaic majolica. During the Fourteenth Century began the production of the embroidered zaffre but it is only in the second half of the Century that the relationship between artist and artisans develops.
The potters release themselves from the traditional and archaic duotone to adapt to the new colour palette of renaissance. From the manufacturing standpoint objects of common use are produced such as tankards painted with a wreath of small leaves, figurative plates with gothic flower decorations but also pavements with renaissance decors and plaited themes (than can be found also in the marble marquetry of the Duomo).

The white and black marbles of the Cathedral (Duomo) and the details of its pavement, like the two deer’s staring at each other’s, are the founding motives of the sienese decor translated into pottery. In Rosalba’s shop, you can find pieces that respect the traditional motives and the artistic reproductions (in green, red rust and turquoise are a small sample of recovery from the ancient tradition) as well as the grotesque and renaissance decors, together with those of the 17 Contrade of Siena with their different stems and colours. Traditional motives that go hand in hand with a continuous research and evolution in the decors and techniques, combining tradition with modernity.